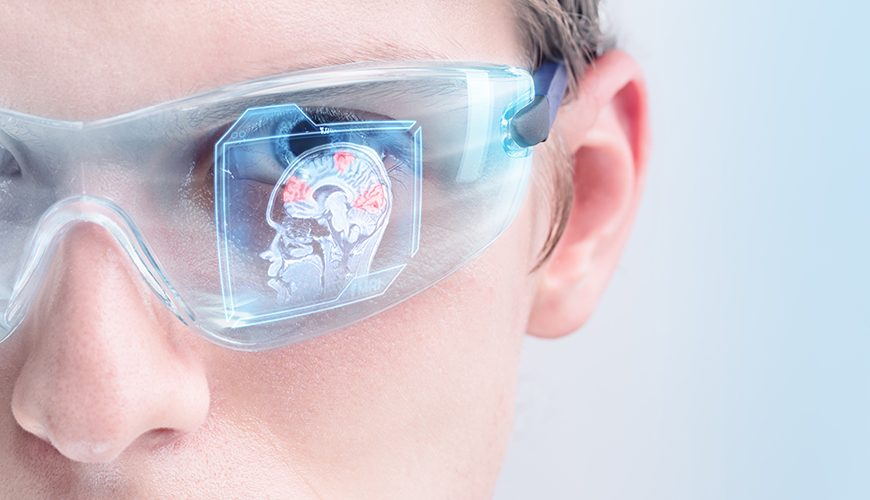 Poets have called eyes the windows to the soul. Now, Jefferson and Wills Eye researchers will be able to use eyes as windows into debilitating diseases of the brain.

Thomas Jefferson University, in partnership with Wills Eye Hospital and thanks to the generosity of several prescient philanthropists, has launched the world’s first center focused on the visual signatures of neurological diseases. The William H. Annesley, Jr., MD ’48 EyeBrain Center will explore the connections between the retina, optic nerve, and disorders of the brain, potentially revealing novel treatments for confounding diseases such as stroke, Alzheimer’s, Parkinson’s, multiple sclerosis, and dementia.

“Because of the anatomic and physiological connections between the eye and brain, ophthalmology and neurology are inextricably linked,” said Robert C. Sergott, MD, an international expert in neuro-ophthalmology and the Center’s founding Executive Director. “This is the perfect synergy. The Annesley EyeBrain Center will leverage the strengths of the region’s most extensive neuroscience network with the nation’s leading hospital for vision care.”

Named in honor of ophthalmology pioneer and Jefferson alumnus William H. Annesley, Jr., MD, the Annesley EyeBrain Center will be housed within Jefferson’s renowned Vickie and Jack Farber Institute for Neuroscience. Initial funding for the Center was provided by philanthropic gifts from friends and family of the late Dr. Annesley, including lead benefactor Margaret Annesley Hayne.

“If you want to change the world, you have to think differently, and that’s what the team at the Annesley EyeBrain Center will do,” said Stephen K. Klasko, MD, MBA, President, Thomas Jefferson University and CEO, Jefferson Health. “At a time when far too many individuals are falling victim to debilitating, incurable disorders of the brain, the Annesley EyeBrain Center will be more than a destination for premier neuro-ophthalmologic research and care—it will serve as a powerful beacon of hope. We are incredibly grateful to Margaret Annesley Hayne and the early philanthropic investors for their visionary support.”

“As the first center exploring the connections between the retina and disorders of the brain, the Annesley EyeBrain Center will revolutionize ophthalmic and neurological care and establish a new frontier in neuro-ophthalmology,” said Julia A. Haller, MD, the William Tasman, MD Endowed Chair and Ophthalmologist-in-Chief of Wills Eye Hospital and Professor and Chair of the Department of Ophthalmology at Sidney Kimmel Medical College of Thomas Jefferson University. “And as a tribute to the remarkable life and career of Dr. Annesley, it will cement his legacy of excellence, preserving his values and reputation for generations to come. “

One of the Annesley EyeBrain Center’s revolutionary areas of research involves mitochondrial function in the retina. Mitochondria are the main producers of energy for all types of cells, and their malfunction is implicated as the final common pathway in many neurologic and ophthalmic diseases. Mitochondria produce flavoprotein, a compound that emits a green light when excited by a blue light. When more green light is visible, the mitochondria are working harder to maintain retinal and neurologic function. Using Multi-Color Optical Coherence Tomography (OCT), a breakthrough technology, researchers can now see mitochondrial function disruption before there is cell-death or even disease symptoms, opening an entirely new frontier in the diagnosis and treatment of devastating neurological disorders such as multiple sclerosis, ALS, Alzheimer’s and Parkinson’s disease.

In June 2018, Thomas Jefferson University (TJU) acquired certain assets of  Optic Nerve Research Center (ONRC), which is currently performing services as the Annesley EyeBrain Center, by and through the Vickie and Jack Farber Institute for Neuroscience.  In connection with the transaction, TJU also assumed certain contractual agreements and obligations of ONRC, and ONRC’s employees, its location (1304 Society Drive, Claymont, Delaware, 19703), and systems were retained to ensure a seamless transition without  interruption of services.

“There are tremendous advantages to creating a Center like this that is the first of its kind,” said Robert H. Rosenwasser, MD, the Jewell L. Osterholm, MD, Professor and Chair of the Department of Neurological Surgery at Thomas Jefferson University and the President, Vickie and Jack Farber Institute for Neuroscience. “We’ll be in a unique position to capitalize on and potentially develop new technologies and techniques. It’s an opportunity to innovate and utilize our entrepreneurial expertise.”

About William H. Annesley, Jr., MD
A graduate of the Sidney Kimmel Medical College (formerly Jefferson Medical College) in the class of 1948, Dr. Annesley was a pioneer in Ophthalmology, pushing the boundaries of the field all his life to provide the latest and best therapies for his patients, and mentoring a generation of residents and retina fellows. Dr. Annesley was a founder of the Retina Service at Wills Eye Hospital, and served as its Director for over 16 years. He was a trailblazer who recognized the need for retina-based subspecialties and collaborated to create a number of dedicated units at Wills, including: the ocular oncology unit (first in the United States); the intravenous fluorescein angiography unit; the retinal vascular disease unit; and the first division dedicated to retinal research in Philadelphia.