Dr. Stephen Klasko Named One of Philadelphia’s Most Influential People 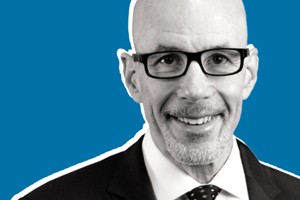 The November issue of Philadelphia magazine features The 76 Most Influential People in Philadelphia. The list includes politicians, activists, artists, medical professionals, and more—people making a difference in the city by thinking and doing almost everything differently. Philadelphia mayor, Jim Kenny, tops the lineup; Dr. Stephen Klasko comes in at number 22.

The COVID-19 outbreak turned Philly power on its head, the magazine says. “With lives on the line, doctors and innovators suddenly feel much more vital than developers and financiers. In the midst of ongoing protests over racism and inequity, we desperately need the moral compasses of activists and connectors. And at a time when we’ve never been more physically disconnected, the people who unite us through art, through culture, through social media are lifelines. All of which is to say that there’s never been a year like 2020.”

Philadelphia magazine cited Dr. Klasko’s “crowning achievement” as “[e]stablishing Jefferson Health…as one of the most technologically limber and fastest-growing academic health institutions in the country…and growing Thomas Jefferson University.” It also highlighted his “ambitious aim” of making Jefferson “the model for digital transformation in healthcare…while ensuring this new frontier doesn’t leave out people who are poor.”

“When the space aliens visit Greater Philadelphia in 2030 and ask where Jefferson is,” Dr. Klasko predicted, “people will say, ‘Right here on my phone.’”