On November 12–13, Jefferson athletes, students, parents, faculty, staff, family, friends, and alumni rose up to the challenge to collect donations in support of the university’s 17 Division II teams. In just 24 hours, the Rams Rise Up Challenge raised $44,079 thanks to the support of 869 benefactors—more than double the original 400 donor goal.

Student-athletes from all programs played important roles in the event, with the women’s rowing team topping the charts by rallying 330 donors and raising a whopping $15,446. The men’s golf team had the highest donor percentage, surpassing their original goal by 1,300 percent.

Special thanks to the 87 advocates who spread the word online about the Rams Rise Up Challenge. They generated more than 2,500 clicks to the site that resulted in a grand total of $18,487 in donations.

Check Out the Leaderboard

Highlights from the two-day event include:

While the challenge may be over, donations can still be made in support of the Jefferson Rams. Thank you to all of the athletes, advocates, volunteers, and donors who made the first-ever Rams Rise Up Challenge a roaring success. 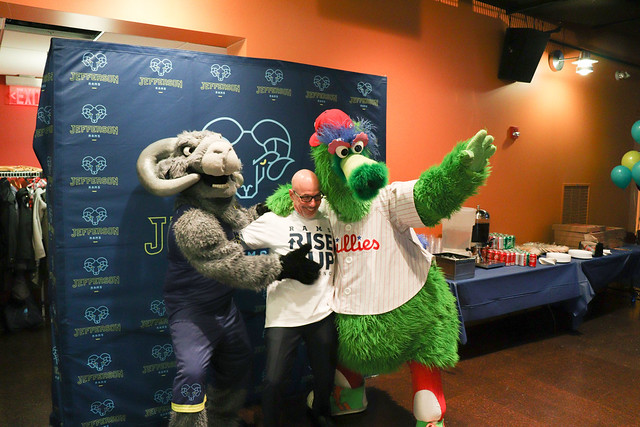