About the 2nd Annual Casino Night
About Community Fundraising

Fund Honors the Memory of Woman Who Saw the Need

When Barbara Colameco was being treated for breast cancer in 2009, she made a “very Barb move,” according to her husband Louis B. Colameco III. She switched chairs in the chemotherapy infusion room to sit with the people who seemed to need to talk.

“She came home and told me about it. I didn’t realize that this could happen,” Colameco says, noting that he was able to leave work or hire a driver to take Barbara to all of her appointments. “So we created the Barbara A. Colameco Cancer Transportation Fund.”

The fund pays for rides to and from treatment, medical appointments, and mammograms, as well as to pharmacies to pick up medication. It currently gives more than 9,500 rides a year throughout the Greater Philadelphia/South Jersey region.

To raise money, the Colameco family—Lou, Barbara, and their children, Jessica, and identical twin sons Matthew and Thomas—organized a walk the first year. It raised awareness, but not a lot of money. In the meantime, Barbara’s condition deteriorated; she passed away in March of 2010.

The family decided to continue the fund, vowing to raise more money to honor Barbara’s memory and her kindness. Even though Colameco says he’s not a big golf fan (he prefers motorcycle riding to trekking around the greens), they decided on establishing a golf outing. The event raised more than $100,000 the first year. Today, the annual golf fundraiser, held the first Monday in June, brings in more than $130,000 every year.

Two years ago, the family chose to add a second fundraiser for people who don’t golf—a Monte Carlo night. That, too was a success, bringing in almost $150,000.

Unfortunately, because of COVID, the fundraisers had to be put on hold last year. The family has currently planned to hold its Monte Carlo Night again this year on Friday, November 19, at the Springfield Country Club in Springfield, PA. Daughter Jessica, who serves as president of the organization, has taken the lead in organizing. Colameco’s second wife, Ginny, contributes greatly to the efforts. 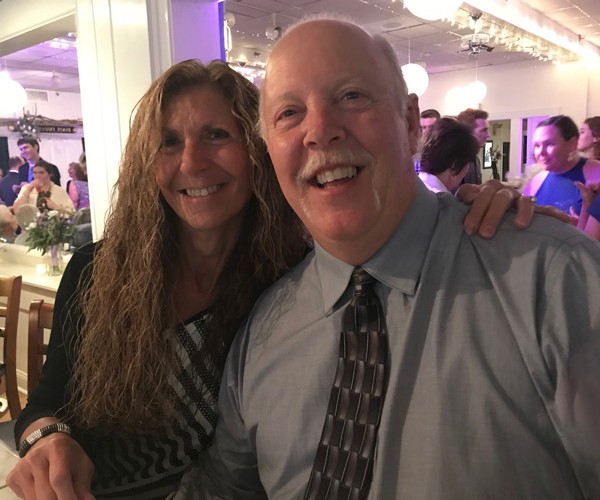 “She has embraced the whole thing and is a big part of the success,” Colameco says, adding, “You lose half of your heart when you lose your wife—but I have been twice blessed.”

Colameco, of Mannington, New Jersey, sold his food business, Wellshire Farms, three years ago to concentrate on spending time with family and continuing his philanthropic efforts. He says he knows they “can’t save the whole world,” so they do what they can to help people locally.

“It starts at home; there’s so much to do locally, and it’s good to see that you're helping people in your own community,” he says. “That’s how Barbara felt. And this is the way we can keep her memory alive.”

About the 2nd Annual Casino Night